Lightning strikes!!! Two months worth of rain in several hours! A once in a hundred year occurrence! For those unfortunate enough to get swamped, Welfare were there to give a helping hand. All in all, everyone pulled through – dinghy’s n’all – and thoroughly enjoyed themselves whatever the weather. Sure enough the sun came out to greet us by Sunday turning it into the happiest festival yet.

The huge success of the Make Poverty History campaign was echoed at the Festival, with Michael Eavis making a very rare appearance on the Pyramid Stage with Bob Geldof. Greenpeace, Oxfam and WaterAid worked together declaring “…this year, let’s make poverty history and clean energy our future…” A remarkable £1,350,000 was paid to charities and good causes.
Tickets sold out in under 3 hours and 50% of all waste was recycled!

We said farewell to the Dance Tent and welcomed the new, vibrant, colourful Dance Village with eight different venues, all playing different types of dance music – including the Silent Disco. The Midnight Cabaret and The Ghost Train in the Circus Field were fun new additions that had everyone talking, along with all the fantastic sculptures around the site.

The New Tent was re-launched as The John Peel Stage, in memory of all this late, great supporter of the Festival did to promote emerging talent.  The Unsigned Performers Competition generated thousands of entrants, with over 35 acts performing in various venues, including the new, rockin’ Late ‘n Live marquee in the markets. 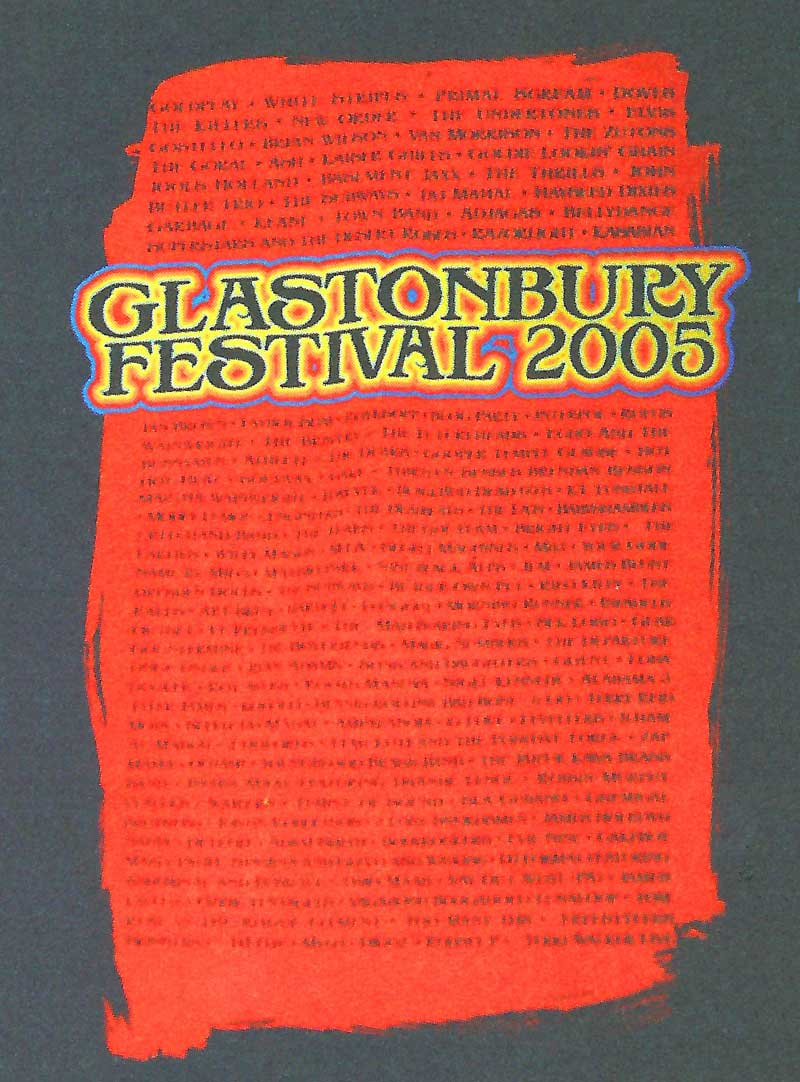