Torrential rain just before the weekend resulted in this being the “Year of the Mud”. Undeterred, festival-goers boogied in their boots to more live performances than ever before. This year’s highlights included a “dubhenge” made from upended VW beetles and campervans and the first ever Greenpeace field with a reconstructed Rainbow Warrior and solar heated showers. The site expanded to 800 acres, a daily newspaper was published by Select and BBC2 broadcast live. Greenpeace, Oxfam, Water Aid and Mid-Somerset CND were the main beneficiaries.

A reproduction of this poster is available to buy from the Glastonbury Shop. 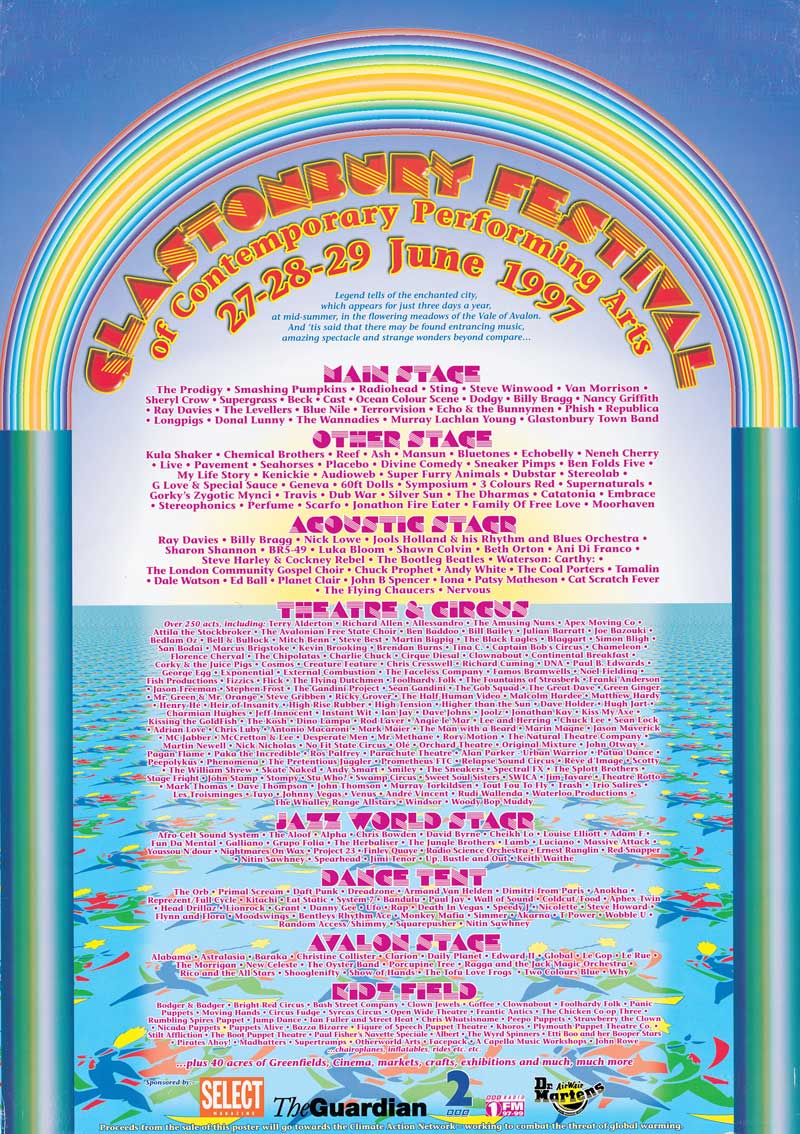