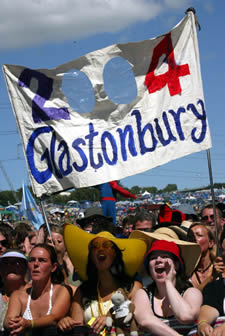 A massive over demand for tickets frustrated all concerned. The weather in the run up to the Festival was not on our side. However, the improved drainage and organisation triumphed to contribute to the safest ever Festival.  ‘Working together for a greener Glastonbury” paid off – with 32% of all waste recycle including 110 tons of organic waste composted.  Streams and hedges remained unpolluted, she-pees were installed. Coffee and chocolate were FairTrade. On top of the £1 million paid to Greenpeace, Water Aid, Oxfam and local good causes, an additional £100,000 was donated to the Sudan appeal. This was the year of The Tower – a massive 70 ft tall moving structure erected adjacent to Leftfield to celebrate working together. The Unsigned Performer’s Competition was launched. The Pyramid Stage had its normal eclectic range of performances, including The English National Opera playing to an audience of 15,000 and a larger crowd watching England play (estimate 65,000) than actually attended the Euro 2004 stadium in person.

Acts included: Paul McCartney, Muse, Oasis, James Brown, Joss Stone, Toots and the Maytals, Franz Ferdinand, Scissor Sisters, Black Eyed Peas, Sister Sledge, Television, Michael Franti and Spearhead. The Greenfields and particularly Lost Vagueness, were a mass of innovative, creative and amazing sights and sounds. Over 1200 acts in The Cabaret, Theatre and Circus Fields included The Generating Company, Helios – The Saga of a 1000 Suns and Albatross while the Kidz Field was a profusion of fun and colour, workshops and parades. 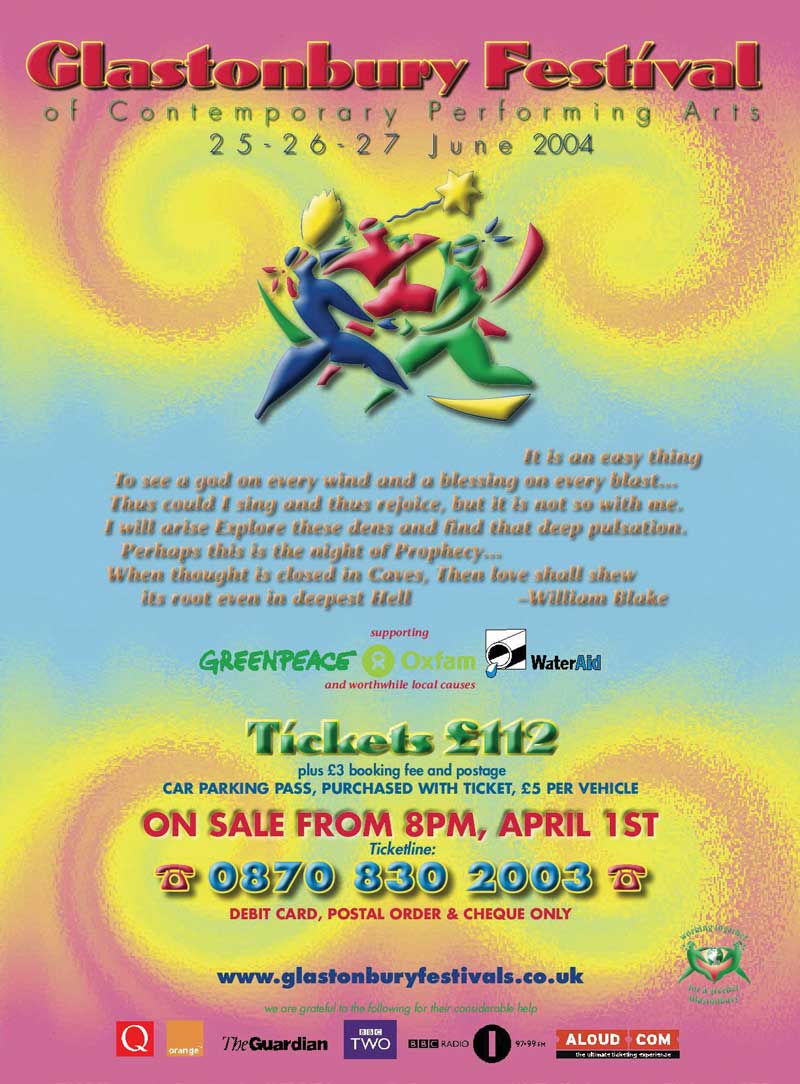