Chinese lanterns may look spectacular but they create a very real fire risk; once launched there is no control over where they might land.

The lanterns can cause fires and harm livestock. That is why they are banned at Glastonbury Festival and we would ask for your help in making sure that they are no longer used at the event. They really do cause harm. 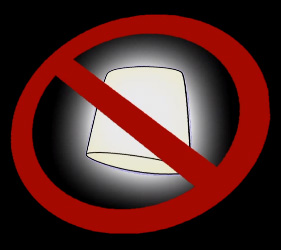 Said Michael Eavis: “I have two main concerns regarding the lanterns; the first being the risk of fire, as the still burning lanterns could fall within the many acres of closely erected tents causing rapid fire spread and endangering lives.

“The second is a longer term consequence and the cause of many complaints from neighbouring landowners, as the lanterns can land on grass in farmers’ fields which is made into hay & silage for winter fodder and fed to stock; the operation of cutting and collecting the grass will chop the wire or bamboo frame of the lantern into needle sized pieces which in turn will be digested by the animals into their stomach possibly resulting in a slow death, I have had two cattle killed in this way at Worthy Farm.

“The ban of the lanterns is for a reason. Hopefully this information will deter anyone from bringing them onto site this year.”